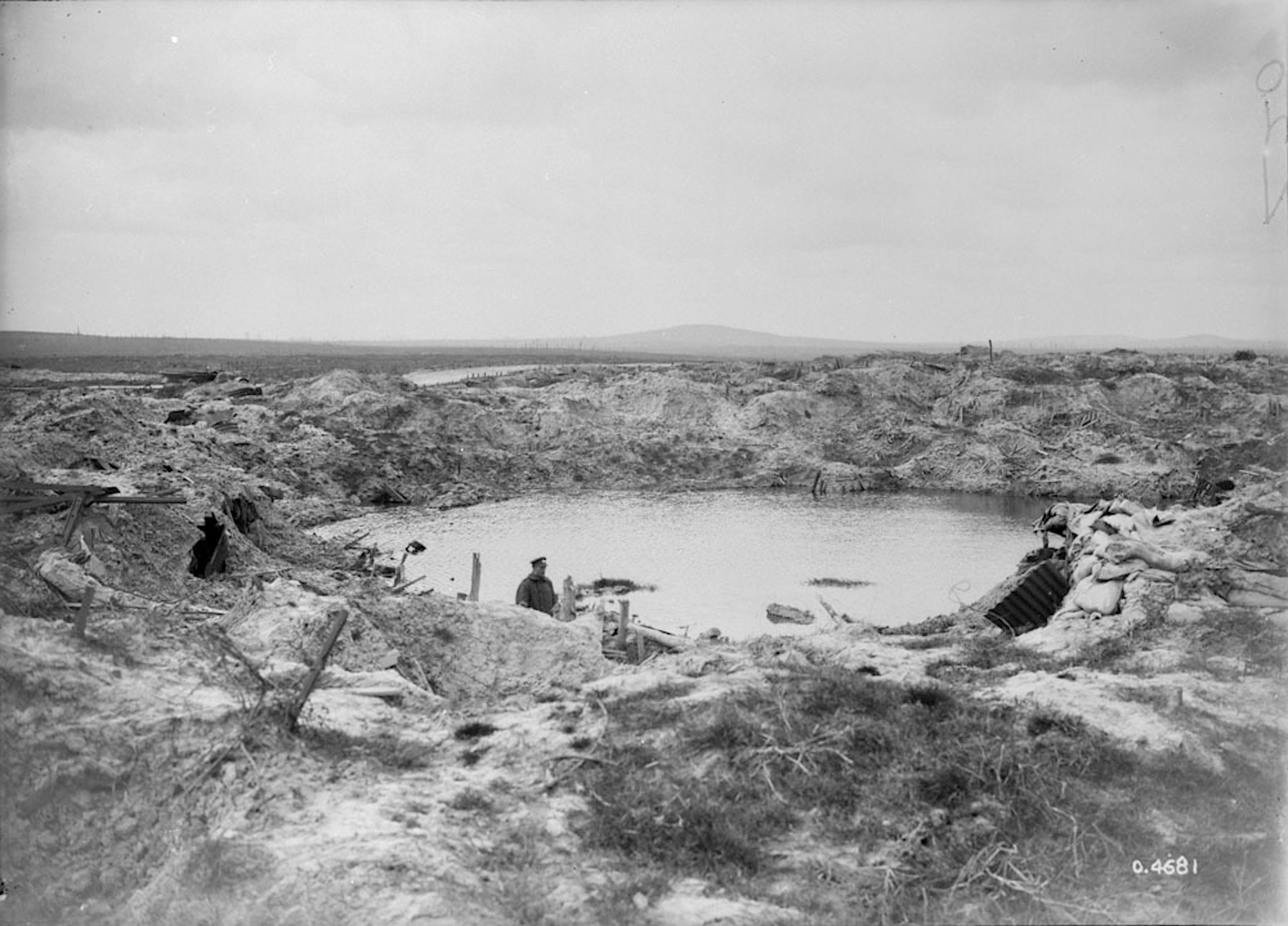 At St. Eloi, to the south of Ypres, stands The Mound, a spoil heap left behind by a brickworks. The hillock was in German hands and a thorn in the side of the British high command. On 27 March 1916, six deep mines reduced The Mound to a series of craters.

After a week of bloody fighting, the craters were in British hands. In early April the brand new 2nd Canadian Division relieved the British troops. It would see action for the first time.

The positions were rudimentary, the trenches shallow and flooded. The dead and wounded lay everywhere, as it was too dangerous to evacuate them. The deep mire obstructed every attempt to relocate equipment and anyone who fell into a shell hole disappeared into the stinking mud. Snipers and artillery spotters punished every move.

On 6 April the Germans launched a counteroffensive. In shelling that lasted for several hours, they cleared the Canadians out of the craters. The terrain gained was lost once more. All those deaths, mutilations and wounds had been in vain. 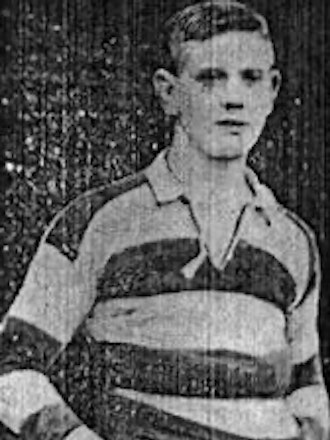 After the battle at The Mound, the Canadians stayed in the area. On 23 May 1916 the 28th Battalion (Northwest) left for the front line. One of the nervous young men to take his place with them was Robert Myles Elliot. Suddenly a shot rang out. Robert fell to the ground. A German bullet had hit him in the knee. The young man went into shock and succumbed to loss of blood within ten minutes. Aged twenty-six, he had emigrated from Scotland to Canada in his early twenties. Within five years he was dead in the mud at St. Eloi. Robert was buried at the front. 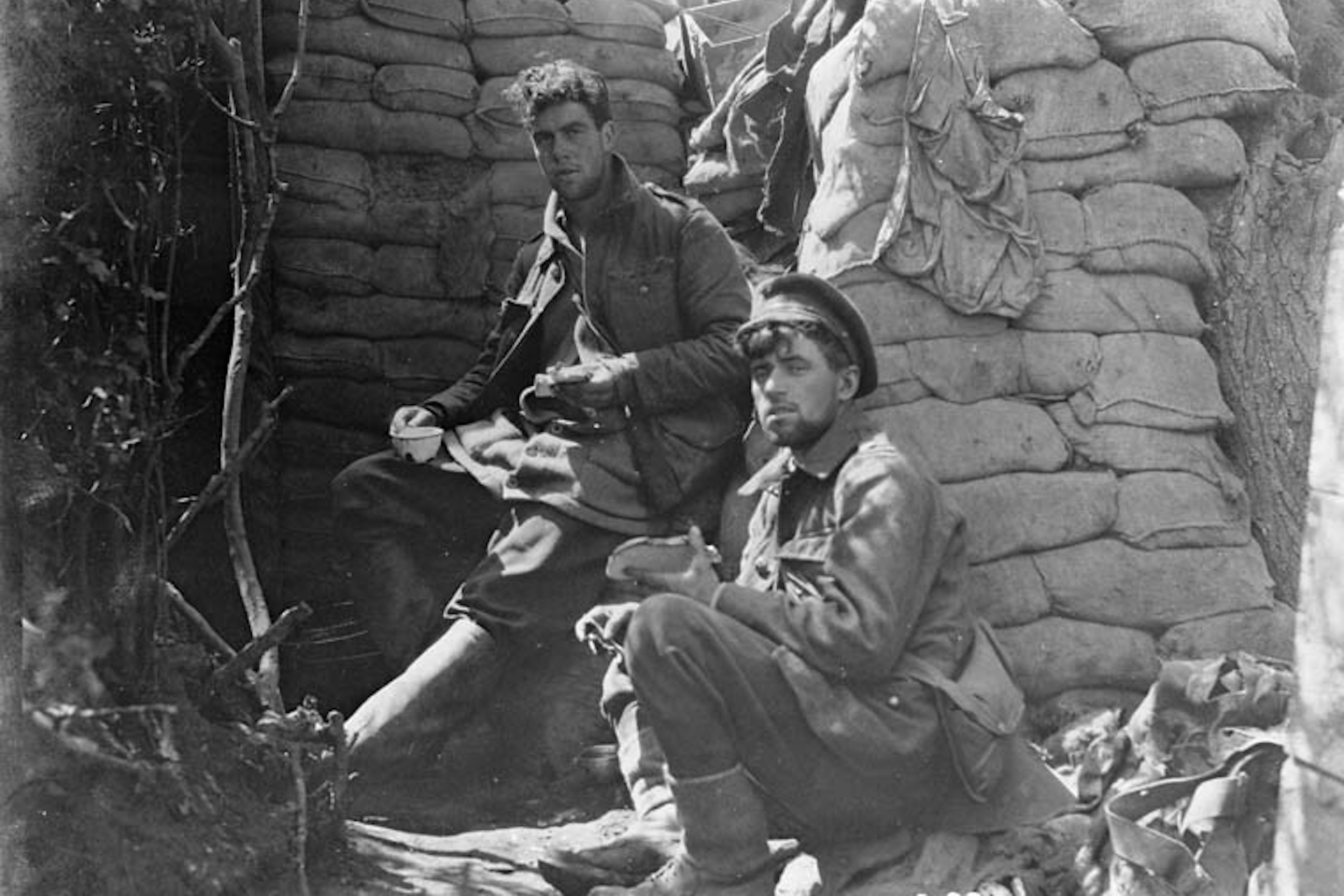 In late May 1916 the inexperienced 3rd Canadian Division was defending the surroundings of Mount Sorrel, one of the few bits of high ground near Ypres that was in Allied hands. In the morning of 2 June 1916 the Canadian positions were demolished by shelling and in the afternoon the Germans exploded four mines.

Opposite the Canadians were troops of the Kingdom of Württemberg. The Württembergers overran the high ground and on 6 June they once again detonated four mines. Hooge, less than an hour’s walk from the Menin Gate, was taken without significant resistance.

At British HQ alarm bells rang. Ypres was on the point of falling. Additional artillery was sent to Flanders with great haste and suddenly the roles were reversed. After heavy shelling, the Canadians recaptured the strategically important high ground. 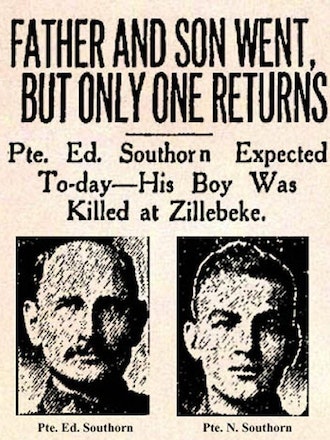 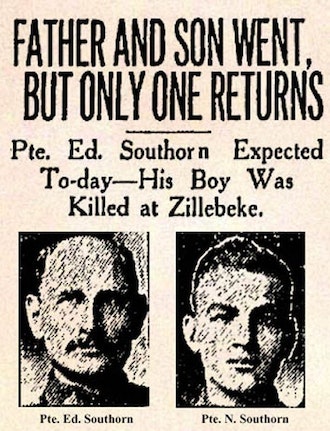 Immediately after the German attack, the order was given to mount a counterattack. Reinforcements were brought up with all speed. The men marched through the night. The operation was hastily knocked together and at the starting positions there was confusion, but the battalions hesitantly mounted the attack.

By now it was full daylight. Only small groups managed to reach German lines in the face of heavy fire. The 14th Battalion (Royal Montreal Regiment) suffered badly; after barely three hundred metres, two thirds of the battalion was out of action.

Norman Southorn was only nineteen when he decided to join up. He was determined to do so, and his parents were unable to change his mind. In the hope of protecting his son, Norman’s father Edward also volunteered for service, but father and son were separated. Norman was sent to the front, whereas his father, twenty years older, was deployed further back. In late 1915 Norman joined the 14th Battalion. Six months after that he was mortally wounded during the counterattack on Mount Sorrel. He was buried at Railway Dugouts Burial Grounds, but his grave was lost. In 1919 Edward returned home alone.

Opposite the Canadians was the German XIII (Royal Württemberg) Army Corps. The Kingdom of Württemberg had been part of the German Empire since 1871 and its armed forces were integrated into the Prussian army structure. Like the Canadians, the Württembergers were proud of their independent status within the Empire.

By the end the situation was more or less the same as before 2 June 1916, except that 1.100 Canadians had been killed, 2.000 were missing, and thousands of others had been wounded or traumatized. On the Württembergers’ side, 1.300 had been killed and 3,982 wounded, while 560 men were missing.