Who were the Canadian volunteers?

In 1914, as a British Dominion, Canada was drawn into an unprecedented worldwide conflagration. Canada had no army of its own. Its permanent militia had a total of only 3,000 troops. To swell the ranks, volunteers were recruited from all over the vast country.

Canada had changed enormously in the decades before the war. Immigration had increased the population and the interior was being developed, while prosperity increased, cities grew and industry boomed. Affluence brought self-confidence with it. Canada wanted to make a proud contribution to the war effort. 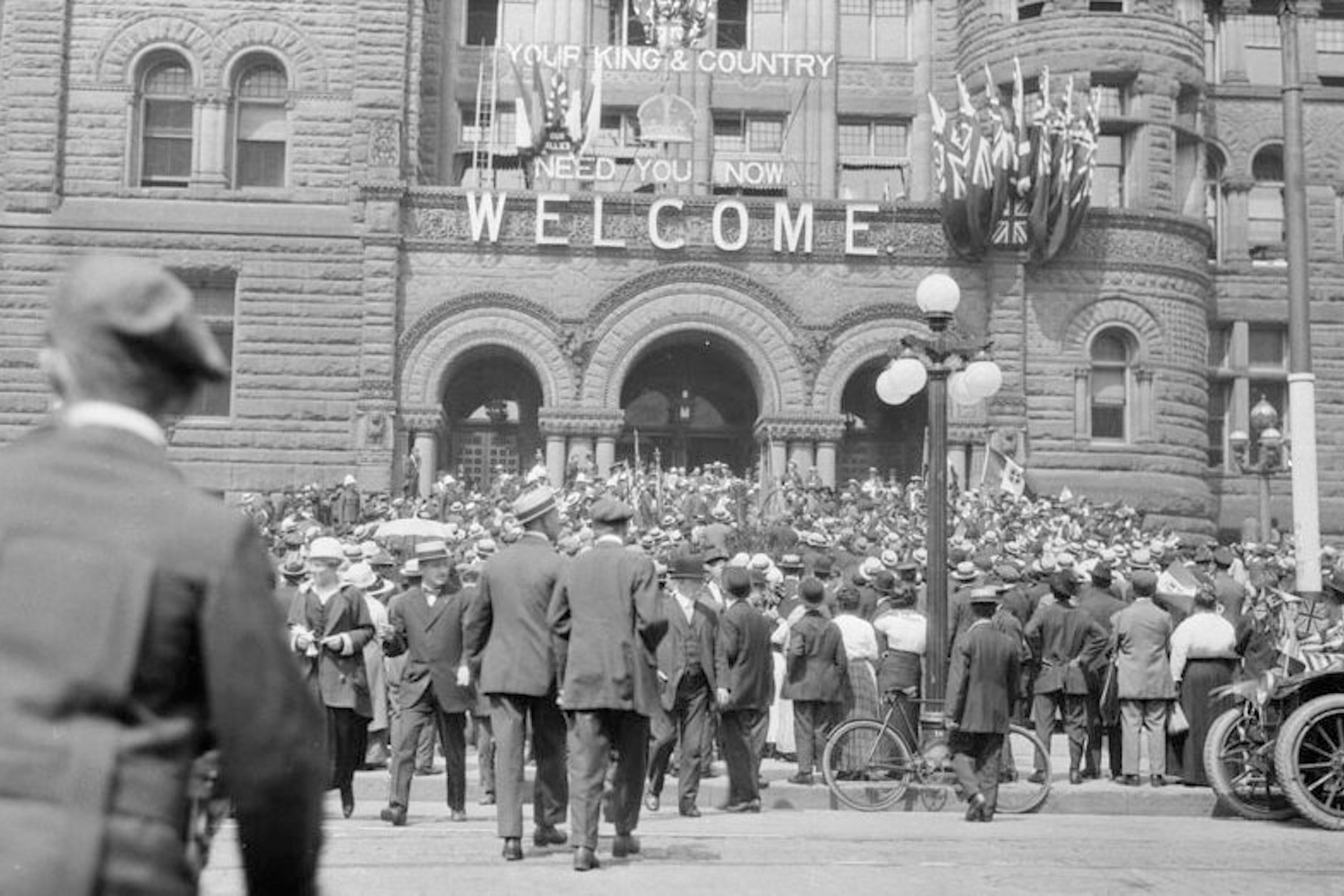 Canada had no army of its own. Its permanent militia had a total of only 3,000 troops. To swell the ranks, volunteers were recruited from all over the vast country. There was no shortage of candidates. Tens of thousands wanted to join the Expeditionary Force and as a result only the best qualified were selected.

After basic training, the first of the recruits crossed the Atlantic Ocean. In late January 1915 the First Canadian Division was formed. For lack of Canadian officers, its high command was in the hands of the British.

In March 1915 the division went through its baptism of fire in the Battle of Neuve-Chapelle in France. 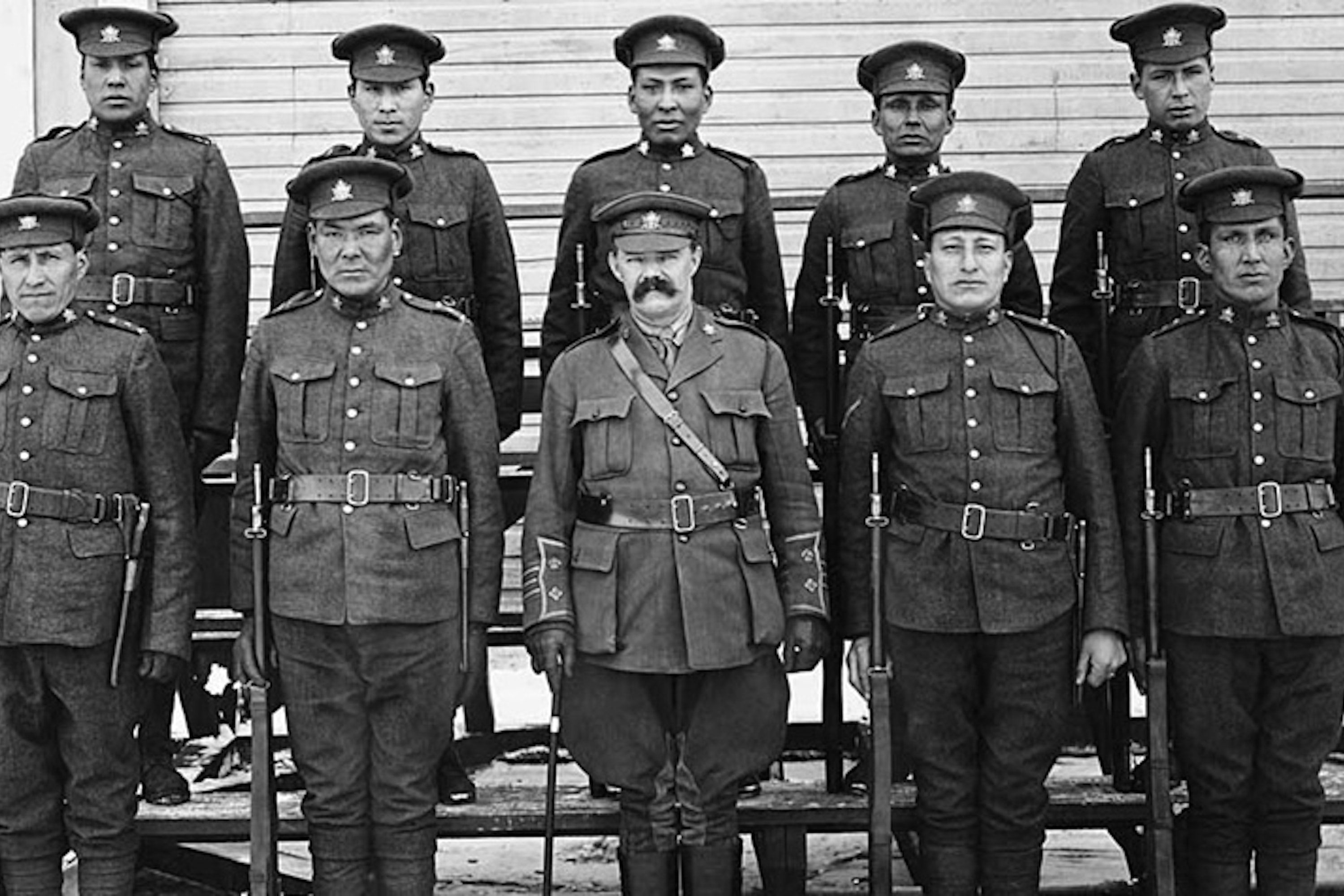 The diverse backgrounds of the Canadians on the Menin Gate are striking. We have identified no fewer than fifty-seven countries of birth. More than half the men belonged to a first generation of immigrants. They were mostly English speakers from England, Scotland, Wales, Ireland or the United States. Only 38% of the troops were Canadian born.

When the war broke out the army was sceptical about recruiting men who did not speak English. Just 2% of war volunteers were from continental Europe.

After a few years the gruesome reality of the war filtered through to the home front and the number of volunteers shrank. In 1917 conscription was introduced. As well as non-English-speaking immigrants, prisoners were recruited. Nevertheless a stigma continued to hang over Canadian recruits of Eastern European, Jewish, Asian or African origin. 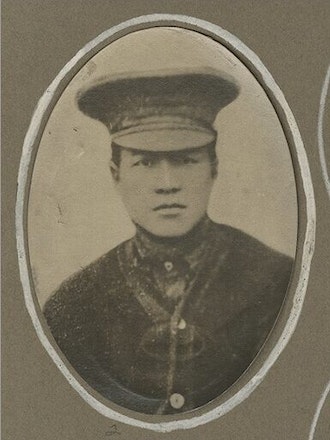 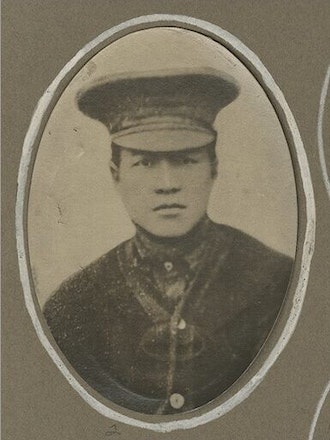 Teizo Nishioka, born in Osaka, was one of thousands of Japanese who emigrated to Canada around the turn of the century in search of a better future. Many went to British Columbia. The Japanese immigrants had few rights; they were not allowed to vote or to practise certain professions.

Asians in British Columbia were often excluded from the army. More than 200 Japanese Canadians moved to the eastern states to join up. Teizo reported to the army in Saskatchewan and was assigned to the Canadian Mounted Rifles.

On 2 June 1916, the first day of the Battle of Mount Sorrel, twenty-five-year-old Teizo was hit by shrapnel and killed. He was one of fifty-four Japanese immigrants who died for Canada.

It was not until 1949 that all Japanese Canadians were given the right to vote. 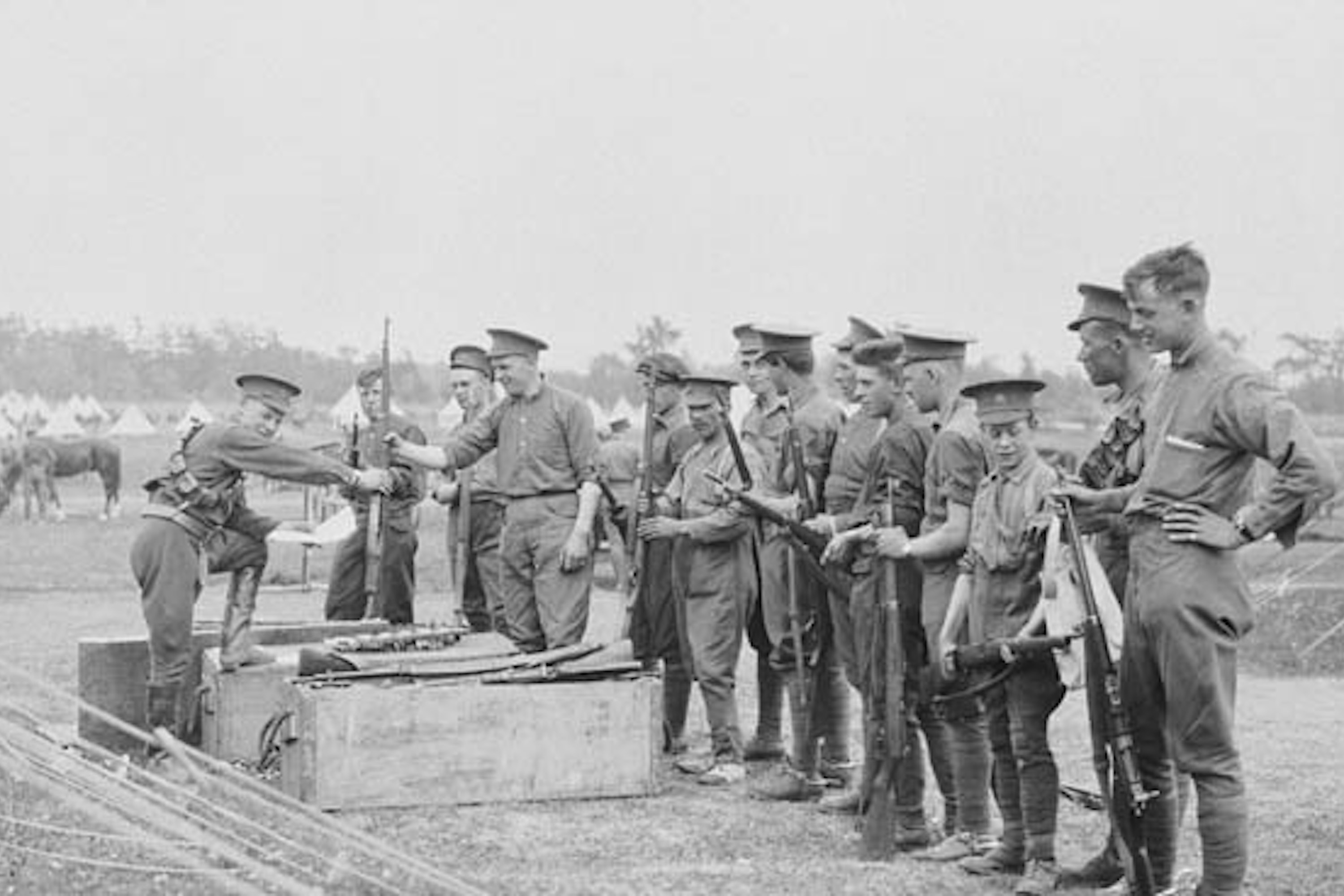 Of the dead Canadians commemorated on the Menin Gate, 61% were aged between twenty and twenty-nine. Teenagers make up 10% of them and men in their thirties a fifth. Three boys named on the Menin Gate were just fifteen years old. One of them was John Smith of the 14th Battalion (Royal Montreal Regiment). He was found to be missing while his unit was being relieved on 7 November 1917. We have found John’s initial burial place at Otto Farm. 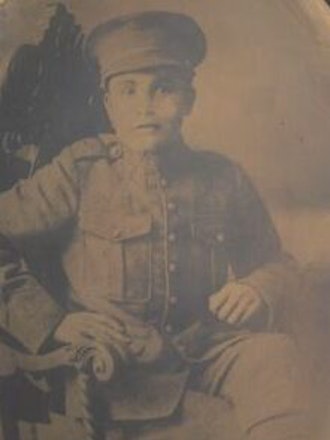 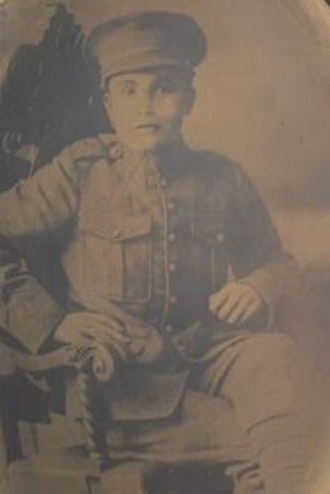 At the same moment and at approximately the place where John died, the men being relieved shuffled in silence along narrow plank roads to the rear. It was difficult for them to pass each other. The men jostled along the narrow paths, which regularly came under fire. It was chaos. Anyone who fell off the path was unlikely to get back onto it, since the men lacked the strength to pull themselves out of the sucking mud. Dulled by exhaustion and the constant presence of death, their comrades were apathetic as they watched men drown. Just one thought dominated: get away from here.

One of the young men who disappeared into the mud was George Dusome of Penetanguishene, Ontario, who had only recently turned eighteen. He had lied about his age so that he could join up. Like John, he was found to be missing when his unit was relieved on 7 November. At ’s Gravenstafel he fell out of the line. George was never seen again. 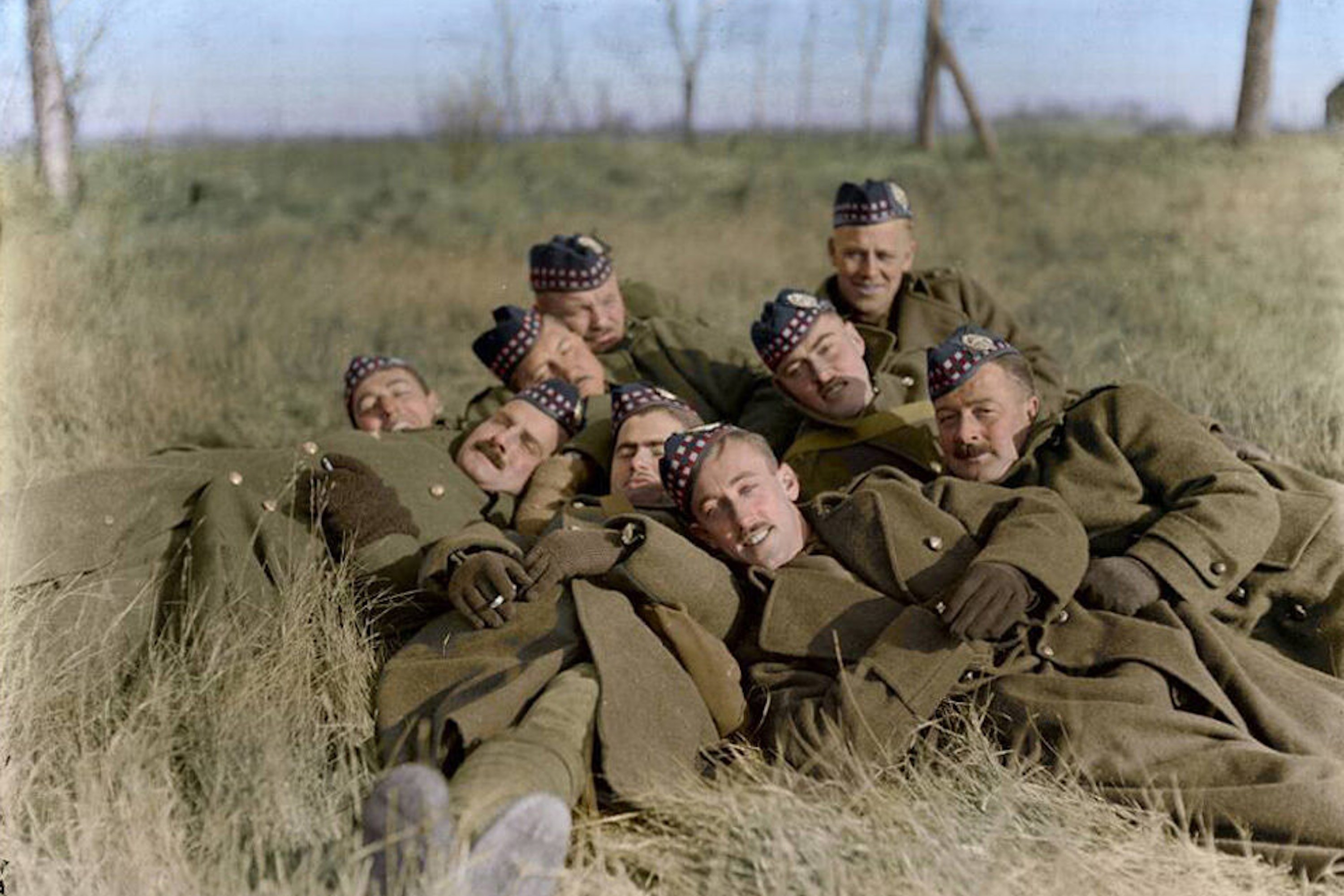 From barrister to barkeeper

In the summer months of 1914 there was no shortage of volunteers. Only the best were selected. But the longer the war went on, the less the selection committees were able to be choosy. The Canadian Expeditionary Force developed into a citizen army. Volunteers were recruited from all levels of society. Florists, bookkeepers and day labourers took their places next to veterans and members of the militia. 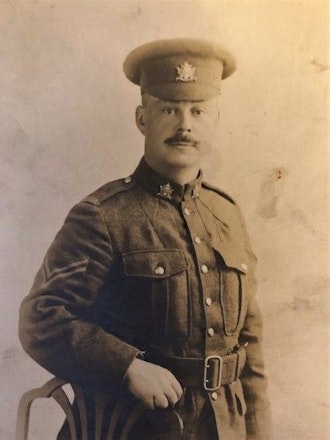 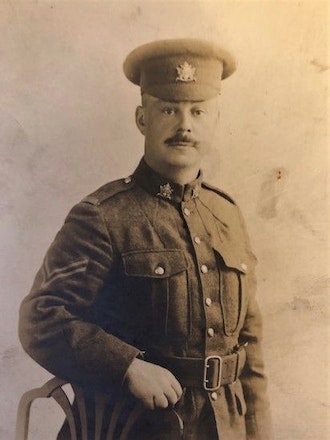 Tempted by the promise of cheap land, Joseph William Jones left Wales to become a farmer in western Canada. But the idyll of a place for himself in the Canadian wilderness proved an illusion. It was a hard life. Joseph got into financial trouble and had to give up the farm. Utterly alone, without money or prospects, he took a room in Macleod, a sleepy little town in the plains of Alberta. He found work as a music teacher and for ten years he taught music to the children of Macleod. Until adventure beckoned once more.

In 1916 Joseph joined up. He was assigned to the 50th Battalion, from Calgary, Alberta. On 24 October 1917 his battalion was crowded together near Tyne Cot. In the mud the men waited for the signal to attack, while the German barrage hammered the battered trenches incessantly. Even before the attack started, Joseph was killed. The forty-year-old music teacher was buried close to where the Tynecotstraat crosses the Canadalaan.

‘Place of death’
The Second Battle of Ypres